There was a time when I was confident I would be a bestselling novelist by the time I turned 40. That number came and went, making it clear those early dreams were either unrealistic or too easily sidetracked by real life. But I have written fiction over the years, and this is a list of what you can buy today. I hope the list will grow considerably in the near future.

A church official named Matthew visited an underground facility and the bizarre experience left him a changed man. Soon, he is also a dead one. John and Edmund, a paladin and his assistant, journey east to investigate. They know a great evil lurks within the city beneath the ground, but who or what? As they dig deeper, they discover their suspicions were justified and find hints of a broader mystery. They realize they may never see the light of day again...

Edmund had everything: a privileged place at a prestigious academy, a beautiful fiancÃ©, and a war hero for a father. It only took one mistake at a local tavern to put his entire future into question. Now he must leave town ahead of a potential murder charge and help a mourning paladin investigate a series of brutal slayings in a remote logging camp.

John was a decorated soldier until a mission to suppress an uprising took him away from his wife when she needed him most. Three years ago, he returned home to learn his beloved has died. He still hasn't recovered, and he's no babysitter.

An unusual fantasy tale unfolds at the edge of a powerful nation...

Far from the comforts of civilization, the two men work to expose a wily killer. As John comes to terms with the loss of a loved one, Edmund meets a red-haired beauty who awakens feelings he didn't realize were possible. In their distracted state, the paladin and his assistant struggle to make meaningful progress on a baffling case, even as the body count rises. And as their investigation reaches its startling conclusion, they discover the truths they hold dearest might not be truths at all...

Filled with mystery, romance, love, and loss, Forest Lessons is the first installment in a new series that turns the genre on its side while opening the door to a world you won't soon forget.

The world of Karemia has been shrouded in darkness for more than a hundred years, the victim of a spell cast by a desperate wizard. In the years that followed, the monarchy granted new social status to wizards, and gave them vital roles in society.

Now, however, wizards in general are viewed as dangerous members of society, and are kept in sheltered portions of the city, used for the very magical ability many city residents fear. Light wizards are the most commonly exploited group of wizards. The light they possess is sucked from their bodies and turned into decorative lamps.

Soon, no light wizards will remain. The cities will have nothing with which to combat the night stalkers, horrible creatures lurking just beyond the safety and light of city walls.

Enter Nigel. He's a young light wizard, nearing the age when he will lose his magic forever. Except this is one light wizard that intends to defy the odds. Spurred on by the words of his grandfather, he sets out on a quest to change the world in which he lives.

Nigel won't be alone. Along the way he meets with a daring princess and a street child with a heart the size of a city. Together, they venture out into the darkness beyond city walls. There, they find new adventures that challenge the way they view the world. And, as they soon discover, the truest light comes from the inside. 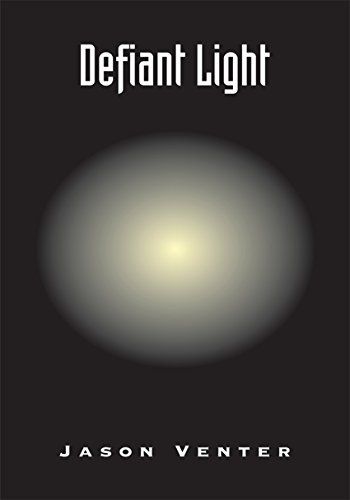 I'm always thinking about new stories to tell, and I'll be sure to blog about them here on this site as thoughts turn into action.